Guidelines for Change of Name in the Philippines

The Civil Code provided that in order for a change of name, whether nickname, first name or surname, there should be a judicial decree from a competent court within your area for that change of name.  This caused a lot of problematic cases for people, especially for parents who accidentally/mistakenly given a wrong name for their children at birth.  Or this problem is aggravated when the ones who committed the mistake were the medical practitioners who got the name from the parents and mistakenly entered a wrong name in the child’s record for birth certificate purposes.

For instance, I have a classmate before who was named “NONAME” because at that time, his father told the nurse that he could not think of a name yet so the nurse put “NONAME” on the child’s name until it was mistakenly registered in the birth certificate.  So everyone was confuse with her name that was left unchanged due to this tedious process of changing names.

Read also: How to get authenticated Birth Certificate online. 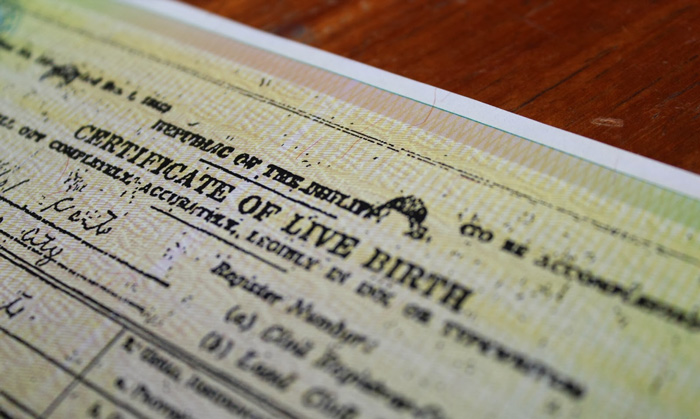 Due to a noticeable problem observed by the lawmakers, RA 9048 was made into law that for now, all nicknames and first names will be allowed to be changed by applying in the Local Civil Registrar’s Office.  This will avoid a difficulty for the change of names that are mistakenly entered due to typographical error, by joke, by mistake of either the parents, medical practitioners or the ones in charged to record it in the birth certificate.  So here are some guidelines for the change names.

First:  Generally, the court disfavors change of name especially on the minors because the court explained in various rulings that it is important for the minor to understand his parentage and family history.  So the court frequently explains that it has to be the minor when he reached the right age who should ask for the change.  This imply that the general rule is that those who can apply for change of names should reach the age of majority which is eighteen years and above.

Second: For change of first names or nicknames, it must be proven that the name sound ridiculous or is difficult to write, pronounce, confusing; when the name was continuously used since childhood; the change of name would not prejudice public interest or not be made for fraudulent purposes.

Third: The usual charge for the change of nickname/first name is 3,000 pesos. Change of last names are more expensive because they are done in court.

Fourth: The applicant allowed for the change should be direct relatives or guardian, or the person himself should apply for the change.

Fifth: There is a strict rule that change of surnames should be done in court upon judicial declaration of the change.

Sixth: Migrants will pay additional fees for the change.

Philippine laws are made for the convenience of everyone that is why it has ordered a simpler way for change of first names or nicknames.  Just approach your local civil registrar for the change if the need arise.

Tax Exemption in the Philippines

[UPDATED 2022] How to get PhilHealth MDR (Member Data Record) Online

1 thought on “Guidelines for Change of Name in the Philippines”