All of us are aware that apple is currently one of the most sophisticated and part of the most expensive devices that roamed our planet. From the iPod, Macbooks, and now, iPads and iPhone, it is clearly noticeable that Apple, no matter how overpriced it may seem, people seem to love it and therefore patronize it which makes Apple more motivated to release new and better products. We all know that Apple releases products every year and this year is quite big for them.

We’ve seen the patterns, we’ve noticed the changes; Apple continues to astound us by the surprises and new devices they release. We all know that every year, the iPhone gets better, and it is not deniable that it also gets bigger for our hands each year. However this year, Apple put a little twist on the product they plan on releasing. The iPhone SE which will be out on the end of March in some countries (end of May in over 100 countries), will be expected to follow the pattern of becoming better, and bigger. But no, it may burst your little bubble of expectation if you become educated on what it is. 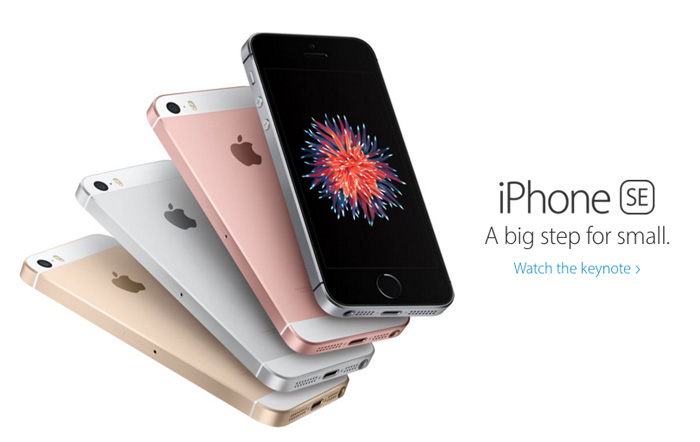 The new iPhone SE is a small iPhone; yes, it is small. This small iPhone is taking the powerful and heavy built of the iPhone 6S (Apple A9 processor and M9 motion co-processor) and is compressed into a 4-inch design. Can you just imagine the contradictory of having a small phone, but a very efficient and powerful interior stacked into it? The design is almost the same with the iPhone 5S; same screen, same design at the back, same chamfers, it’s definitely a carbon copy of the 5S on the outside.

The camera of the new phone is a 12-megapixel iSight camera that is the same as the iPhone 6S with a dual-tone flash and the ability to shoot live photos and 4k (video) but this edition is better because of the fact that it doesn’t stick out. The looks and the exterior of the iPhone 5S but has the heart and the inside technology of the iPhone 6S, it is arguably considered to be the most powerful and the best 4-inch smartphone that hit the market. Although it can impossibly be differentiated from the 5S, this new phone has a better, faster, and more reliable LTE, faster wi-fi at 802.11ac, better battery life, and an addition of Apple Pay support.

Putting a lot of advancements and technologies inside a smartphone causes it to get slightly wider and bigger, right? But this time, Apple managed to compress all good qualities that the iPhone 6S has into a small, 4-inch smartphone that looks like a twin of the iPhone 5S. Although a few designs, factors, and aesthetics of the exterior of the iPhone 5S doesn’t seem to interest some people, the new phone will be very beneficial and handy to those who yearn for a small but powerful phone. The newest iPhone will catch the attention of many people especially those people who loved the iPhone 5S edition and to the surprise of many, the iPhone SE will just be a little bit under $399. So, how is that for an Apple smartphone?

How to Ask Medical Assistance from PCSO