Guidelines For Driving Safely In The Dark

Longer nighttime hours are coming. In addition, we’ll be experiencing early darkness that might make most of us feel drowsy especially while driving. Thus, many drivers might feel less confident while driving at night.

Extra danger arise on the road during the night. Driving in the dark has many factors and these can affect the ability of a certain individual to drive. Factors such as peripheral vision, depth perception, and ability to distinguish color can be subject to change. So as the days become shorter, keep in mind that driving should be thought about – also in the morning.

Driving, generally is not that simple. Although that is the case, it’s more dangerous at night than driving during the day. Some of these reasons include:

In order to avoid increased glare and condensation, you always have to keep your windows clean. By doing so, you can already be sure that you can see clearly even if there is little to no light.

Don’t dazzle other drivers; dim your lights when you’re front-to-front with another road user. Make sure you keep your eyes off oncoming headlights as they can blind you momentarily. Keep your dashboard as dim as possible so that you’re able to see the road clearly and other drivers won’t be blinded either.

Keep your eyes moving; be alert

Even if it’s dark, you still have to move your eyes around for you to see! Always stay alert by checking mirrors frequently enough. This is for you to be aware of what is happening all around you. Sometimes, especially at night, it’s more about watching for other driver’s mistakes than having to worry about your own. Make sure that your mirrors are clean; have them pointed in a direction that will make it easier for you to see and lose glare. The best way to avoid a mishap at night is to be watching for lights and movement and to keep checking those mirrors. It is as essential to keep an eye out for other cars’ headlights, as it is to spot other things like those cars without headlights.

Yes, I mean focus! To give you a refresher, focusing is when you do not think of anything else. Focusing on the road means that you don’t give attention to anything except for driving. A lot of people might think that this is just a simple reminder but no, a lot of people tend to forget this.

In terms of driving, vision can be your best friend or your worst enemy. Of course, ensuring that you have a good vision can lead you to safety. Not just in driving but in other ways as well. However, since we’re talking about driving, here are some ways on how you can be sure that your vision is good: 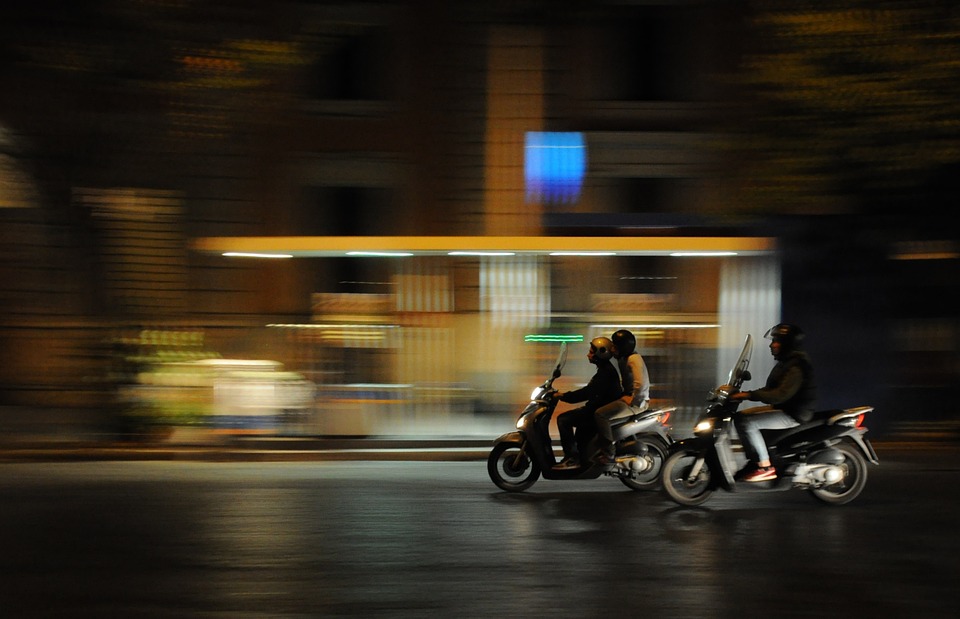 Here in the Philippines, almost whatever hour is rush hour. Nevertheless, evening traffic can be the most dangerous time to be on the road. Driving during rush hours can be deceitful considering the slow stop-and-go movement and frustrations of other drivers. If stuck on traffic during rush hours, every driver should try to focus on being calm; then try reducing speed and avoid tailgating. Another thing is avoid using your phone or anything else that might distract you.

Definitely all drivers’ enemy – sleepiness is something that should not be taken lightly. According to a recent study, sleep-deprived drivers are the cause of serious injuries on road. Many drivers prefer night driving on the road because it’s cooler and the roads are less congested. However, it’s more dangerous since our bodies are accustomed to sleeping at night.

The following are important whether you’re driving long or short distances to avoid drowsy driving:

Ensure that your headlights are clean and that they’re aligned correctly. Make it a point that they are properly in-line and in the right direction for you to see what’s in front of you directly. Furthermore, you’ll be able to help everyone who’s driving because you’ll not blind them. It’s also important to know what to look for when you’re driving at night; lit is the key to safe night driving.

Leave even a little space when you’re following

On the road, it’s not always wrong to let extra space sit between you and the car in front of you. As a matter of fact, this thinking is actually better and SAFER. Furthermore, it’s always important to leave a few distances between you and the car in front (and behind you) at night time. Although no hours apply to this rule, practicing this rule is like practicing safe driving.

Read: Things You Need To Look At After Driving Through A Flood

Lastly, the most impacting and important tip is that you should NEVER ever

Drive under the influence

Whether it’d be the influence of alcohol or prohibited drugs, just don’t do it. It does not only jeopardize your life, it also makes you a hot target for the police. It’s common grounds that you should NEVER drive while drunk or inhabited by drugs. Since the night is when most people go out and have fun, it’s also the time when a lot of people misbehave.

According to report, one of the most common seen causes of a car accident is drunk driving. While you may not be driving under the influence of alcohol, other nighttime motorists may not be as wise. Stay especially attentive and alert while you’re on the road after dark. Like we’ve said, it’s not always you who needs to be careful; you need to be careful because not all nighttime drivers think the way you do.

Accidents on the road occur at a rate as high as three times greater at night than during the day. It is therefore important for motorists to stay safe while driving at night. Half of the percentage of traffic deaths commonly happens at night. It doesn’t matter whether you’re familiar or not with the road, driving at night is always more dangerous; better to stay alert.

How Is Inheritance Tax Computed?